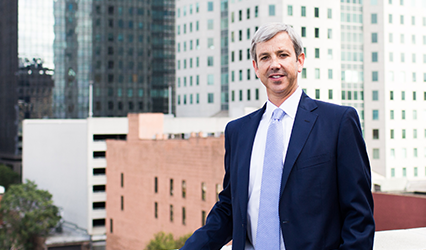 Location: Birmingham, Alabama
Phone: 800-407-5563
Fax: 205-458-4557
Email: Email Me
Tom Melton graduated from Cumberland School of Law in 1995 with Magna Cum Laude honors as he finished in the top ten percent of his law school class.  From his initial clerkships while in law school to the present date, Mr. Melton has always been fully devoted to protecting the rights of victims.  Mr. Melton has devoted his entire career to fighting for the rights of individuals who have been injured in accidents whether at the workplace, on the roadways or on the premises of third parties who created or failed to remedy dangerous conditions. Mr. Melton has never represented an insurance company and strongly believes in his right to choose his clients and his battles.  In choosing to handle your case, Mr. Melton will agree to personally handle your claims as opposed to handing your claims off to an associate after an initial consult.  Your case will be pursued as if it is going to trial as preparation is the ultimate factor in success.  An attorney's reputation is of the utmost importance in maximizing recoveries for clients.  Insurance companies and defense counsel are well aware of attorneys who are willing to file cases and who are willing to go trial when necessary to obtain a fair result.  You should never be treated like a case number but always like a valued client. In his practice of law which is now approaching two decades, Mr. Melton has received unique experience and training from multiple prominent attorneys and has practiced out of offices in Birmingham, Prattville, Florence and Mobile.  Mr. Melton has a network of attorneys with whom he has a referral relationship across North and Central Alabama.  In 2006, Mr. Melton established his present solo practice exclusively devoted to civil litigation.  Since establishing his solo practice in 2006, Mr. Melton has been responsible for originating and handling cases resulting in paid settlements and verdicts totaling over $50 million dollars.   There is never a fee unless a recovery is obtained.